How your company should celebrate pride

You want to show you’re an ally and celebrate Pride – but you don’t know what you can and can’t say these days? Not to worry, this blog will point your brand in the right direction so you can make a statement louder than the rainbow, literally!

Make is all about your company

Pride is a momentous occasion for the queer community but more importantly, it gives your company a chance to show your support for the LGBTQ+ community and just how progressive you are.

Remember to make it all about your company and how you love and support the community. We’ve all heard the story of Pride starting as a protest numerous times. But it’s not like that anymore, you can definitely make it a party.

Pride month is in June, so you’ll want to focus your effort there

Since your company is so pro-LGBTQ, you’ll have probably dreamed up a campaign months in advance. Just in case you haven’t – don’t worry too much. The whole month of June is dedicated to Pride so you can probably leave it till late May to round up a few members of staff and think of something.

Speaking of June, a whole month does seem a long time to dedicate to just one group of people, and things are great now, so after June is finished you can probably drop it till next year.

Remember to turn your logo rainbow

Oh and you must remember to turn your logo rainbow – how else will people know you support gay people? Nobody will know more than you, but you might come up against some stigma because you made the brave decision to support people’s human rights and turn your fortune 500 company’s logo rainbow. Not to worry, one of your juniors can look out for any negative comments and you can totally own those homophobes on Twitter!

We’re preaching to the choir here, but we thought we’d just remind you that each colour of the rainbow flag stands for something deeply significant to the LGBTQ community. Don’t worry about the recently added blue, pink, white, brown, and black stripes though – they’re just extras and they might spoil the aesthetic of your design.

There are too many flags these days to keep up with, right? And let’s be honest – those rainbow colours can be a little garish. So if it clashes with your aesthetic, don’t be afraid to exchange them for something a little more muted.

Make sure you’re not wasting any of that campaign money

Pride month is a great time to raise money for charities that do important work to help the queer community. Don’t worry about paying any queer community members you consult with to create your campaign.

Also, be sure to only donate to LGBTQ+ charities during June – they’ve got it made for the rest of the year after then.

Speaking of money, what are you selling?

Whether it’s a tote or a T-shirt, you better be slapping a rainbow on something – bonus points if it’s only suitable for cis-white gay men. After all, that’s what Pride is all about. If you’re feeling really generous, you could even come up with a witty promo code to punt your Pride collection and consider it an act of charity.

And finally, be sure to draft your self-congratulatory LinkedIn post about all of your hard work

Although you’ve already done enough, it’s important to speak out to let other companies know that they should be doing more to support the community during Pride month. We suggest an emotive LinkedIn post that’ll really do some numbers.

Of course, after all this work, Pride month is coming to an end – so don’t forget to flip the switch and turn that logo back to regular colours before the shareholders have a heart attack. You’re a hero – take a day off, will you? And start planning next year’s kiki!

Okay, you can relax now – this post was written by a living, breathing gay person

Pride month is both joyful and exhausting. On the one hand, the sun is out, everything is covered in rainbows and for a brief moment – the world’s attention is drawn to causes that actually matter to me and my community. On the other, it’s a month of seeing brands slap a rainbow on their website and post all over social media about Pride while lobbying governments in countries where it’s still illegal to be queer. Then there’s the inevitable, ‘why do you need a whole month’ discourse followed by, ‘when’s straight Pride?’ It’s a real mixed bag.

As a ‘token gay’ employee at many previous workplaces, I’ve been the driving force behind one or two Pride campaigns, helping brands walk the tricky tightrope of being the ally they so badly want to be and one caption away from being canceled. Along the way, I’ve seen it all.

‘Do we really need the ‘extra’ colours in the flag?’

‘Katie, what’s a good charity we can donate to?’

‘Can we just say LGBT? The rest of the acronym is too confusing!’

Of course, I’m being facetious here in this blog – but don’t let that put you off participating in Pride month. As long as your intentions are genuine, you usually can’t go wrong.

If you’re at a total loss as to whether your campaign idea is a winner or completely tone-deaf, perhaps keep your ear to the ground and donate the budget you would have spent to charity. Nobody will notice and you’ll have made a real difference. And there’s always next year!

Spotted a particularly cringe-worthy corporate Pride take? We’d want to hear all about it. We’d love to talk shop over a virtual coffee. And for more Story Shop musings, you’d better sign up to our newsletter.

All newsMore from Katie McKenzie 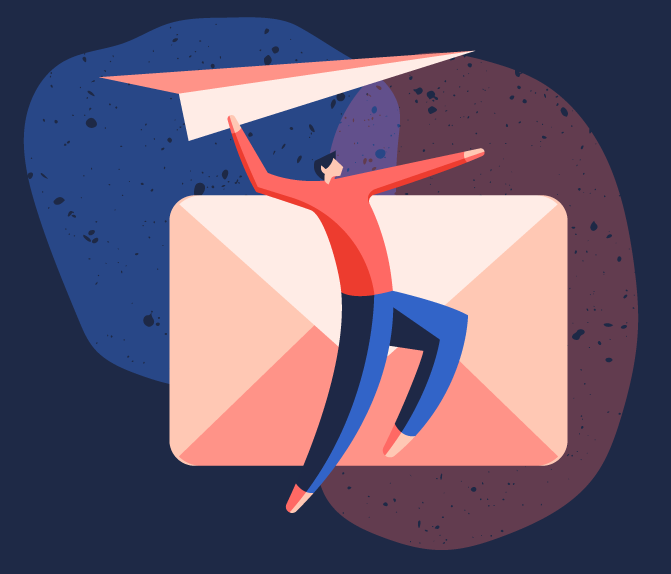